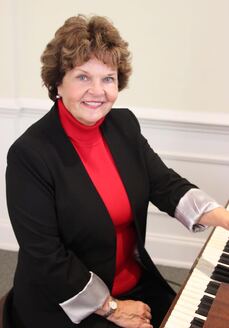 Terry holds a Bachelor of Science in music education from West Chester University and a Master of Music in opera from Temple.  She has appeared as Maria in both West Side Story and The Sound of Music, Amalia in She Loves Me, Fiona in Brigadoon, Eliza in My Fair Lady, Peter in Peter Pan and Anna in The King & I. Operatic roles include Pamina in The Magic Flute, Susanna in The Marriage of Figaro and Elvira in Don Giovanni.  Terry also appeared in A Little Night Music at the Arden Theatre, The Merry Widow with the Princeton Opera and Follies at the University of the Arts.

Terry is an Adjunct Associate Professor at The University of the Arts in Philadelphia. During her tenure there she has taught Voice for Dancers, as well as private voice for Musical Theater Majors in the Brind School. Her students have gone on to sing all over the country and beyond on national and international tours, and star on Broadway.

In addition to her work at the university, Terry has operated a private voice studio in Yardley for 36 years. High school and college students prepare for careers in all aspects of music and some come just for the sheer joy of learning to sing well. Professional students return to her studio regularly for “tune-ups” and to find new song material as well as for  audition preparation.  Keeping up with the latest musical theater as well as the most recent developments in vocal pedagogy is a commitment Terry makes to her students and her choirs.  Terry can accompany her students in their lessons which adds greatly to their musical experience and development.
​
For nine months of the year, Terry conducts young children in a church choir at the North and Southampton Reformed Church. She has enjoyed this post since 1981 and loves her work with the kids and this gracious congregation. 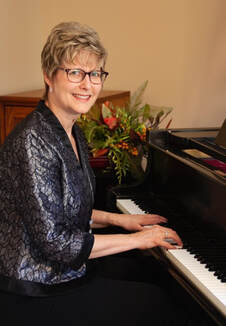 Marilyn Clark is a graduate of Temple University, where she earned Bachelor of Music Education and Master of Music degrees.  She studied piano with Marian Filar and Harvey Wedeen.  Marilyn appears throughout Philadelphia, Bucks and Montgomery counties, accompanying choirs and soloists.  For thirty-five years, until her retirement, Marilyn taught general and choral music to students in the Neshaminy School District.  As a piano teacher, Marilyn shares her keyboard expertise and love of music with her piano students.  For over forty years her private piano students have learned the joy of piano playing as they develop their musicianship and technique.  Marilyn’s music can also be heard at the pipe organ of the North and Southampton Reformed Church in Churchville, PA where she serves as organist.